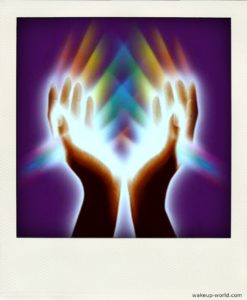 Have you ever had a strong impulse to do something that logically just doesn’t make sense?

I was driving home from having dinner with a friend the other night when I felt the need to stop at this store along my way. It’s not a place that I typically go and it is probably been at least 10 years since I actually stopped there. It was getting a little late and my logic was saying “Do you need to stop now?  There’s nothing that you really need.”

I have learned to trust my intuition and my Soul‘s guidance so I stopped. As I parked my car, I remembered a man that I felt a connection to the last time I was there and wondered if he still owned the business. I saw him immediately when I walked in the store. As crazy as it sounds, he recognized me too.

I picked up something and went to pay. It turns out that he had sold the store and then recently purchased it back, but he is very rarely there as he owns another store in the town that I recently moved to. That was interesting and I wondered why I really needed to connect with him again.

As I was getting ready to pull back out onto the highway, he came running out of the store to say that he needed to talk to me. He asked me if I knew what soul connections were. I was almost speechless as I did not expect that.

He handed me his card and say that it is nice to see you, that he recognized me and wanted me to know that I’m important. The value of me being seen by someone who I had not encountered in over 10 years and honored for the energetic connection was amazing! As open as I am too soul family support, the impact of meeting this man again and having him have the courage to state the truth opened me up to a whole new level of connection.

It also made me curious if there were places where I may not be fully following my intuitive guidance. I journaled on being in gratitude for the experience and anchoring in this new way of seeing opportunities and having the courage to follow through on them.

Are you aware of any times that you have a missed an opportunity because you didn’t follow your intuition?

Let me know your stories.

This site uses Akismet to reduce spam. Learn how your comment data is processed.